Just a Quick One Today

Awww.  What do we have here?

To be fair, I find this picture totally appealing.  But as I’ve mentioned in the past, I am a big fan of sorta derpy looking geldings with big heads.  Not that this guy has a huge head by any means, but it’s not a delicate, typey thing, is it?

Include The Native was owned by the same folks as a couple other horses I’ve shown here recently, and was part of the same group as Brassy Self (the chestnut I posted a few days ago).  Like Brassy Self, he found his way to Katie at Top Notch Eventing, who said “he looked like a long-backed QH” in that picture!

Katie sent this picture of him before she sold him on, and sure looks like he’s a nice athlete! 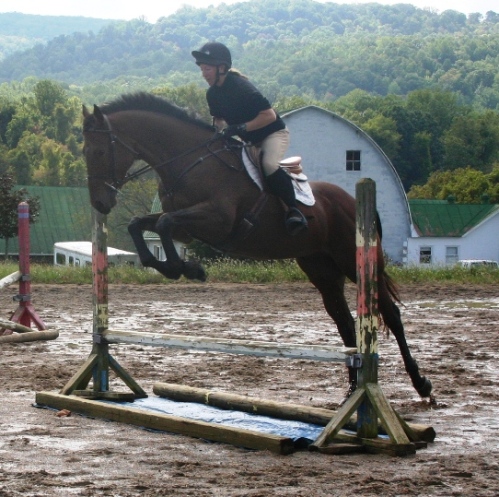 Anywho, it turns out I have quite a list to tackle now.  Poking around I found a bunch of horses, and also randomly ran into one on COTH the other day.  I also ran into the girls who own Robb That Glitters, formerly known as Lily, now known as Zoey, who had been in our retraining program.  So many horses to update about, so little time!

This entry was posted in Where Are They Now?. Bookmark the permalink.

2 responses to “Just a Quick One Today”